Our credentials include IICRC certified, Certified in Xactimate estimating, Training in “Successful Subrogation I & II”, and Lead Certified Renovator. 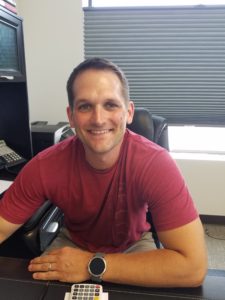 Jason was born and raised in the Sinking Spring area where he graduated from Wilson High School in 2001. He then moved on to get an Associates degree in electronic engineering from Lincoln Technical Institute. Jason first started in the restoration field in 2004 working for a local company as a restoration technician and quickly moving into a team leader role. In 2006 Jason took a position installing medical equipment for various hospitals across the country. After receiving the news that he was going to have his first child he decided that traveling for work was not in the cards for him. In 2007 he was hired by another local restoration company as the Mitigation Supervisor. For the next 6 years he quickly moved up from Mitigation Supervisor to Construction Coordinator and into a Project Management role. He has been running his own projects for the past 3 years as well as keeping daily operations running smoothly. In 2014, Jason and his 2 brothers-in-law decided it was time to start their own family owned local restoration company. Jason is currently IICRC certified(Institute of Inspection Cleaning and Restoration Certification) as a Journeyman Fire & Smoke Restorer, Journeyman Textile Cleaner,& a Journeyman Water Restorer. He is also certified in Successful Subrogation through Claims Training Services, and certified in the Contractor Connection Mitigation Program. Jason currently resides in the West Lawn area with his wife and 5 young children. 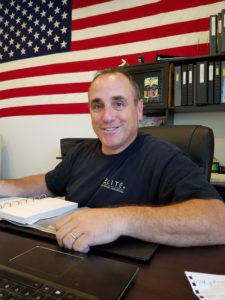 Gus was born in Westchester county New York and raised in town of Poughkeepsie where he graduated from Arlington High School in 1985 .While in high school he attended a vocational school for 2 year carpentry. After graduation he went on to proudly serve in United State Navy . In late 1988 , he joined the ,Carpentry Union in New York and become a journeyman Union, In 1992, Gus moved to Reading Pa where he attended Reading Area Community College and later worked as a Carpenter for local Contractor. After getting married in 1994, he ventured into his own contracting business. Following the birth of his first child in 1999, he focused his career towards restoration while working for a restoration company based out of Allentown. He was the lead carpenter at the Reading facility, running large mitigation projects and construction crews. As his family grew he decided to move on in 2004 to a large restoration company to enhance his career. Starting out as Team leader and within six months was moved into project manager, position later becoming senior project manager. In early 2008 he was presented with an opportunity to be a part of starting a restoration company from the ground up. As a General Manager for the company he was involved in all facets of the business from start to finish. In 2014 Gus and his two brother-in-laws decided it was time to form their own restoration company. A local family owned company dedicated to helping people through honesty and integrity. Gus holds his certification with Xactimate, IICR (Institute of Inspection Cleaning and Restoration Certification), Succesful Subrogation 1&2 and the Contractors Connection Mitigation Program. Gus currently resides in the Leesport area with his wife and three children. 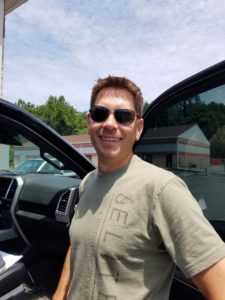 Eric Hummel is one of the project managers at Elite Fire & Water Restoration and has an extensive background in the construction/restoration field. Prior to forming Elite Fire & Water Restoration, Eric worked as the lead carpenter for several years before becoming a project manager at a previous restoration company. Eric worked in the construction field for several years before attending Penn State University, where he graduated with a degree in Turfgrass Management. He then went on to become Superintendent of the Tesoro Golf Club, located in Stuart, Florida. Eric and his wife, Melissa, decided to move back home to Pennsylvania to raise their two children in the Sinking Spring area, close to family. Along with being a Lead Certified Renovator, Eric currently maintains his Water Damage Restoration Certification from Institute of Inspection Cleaning and Restoration Certification (IICRC) and is also certified in the Contractor Connection Mitigation Program and the Successful Subrogation Claims Training Program.